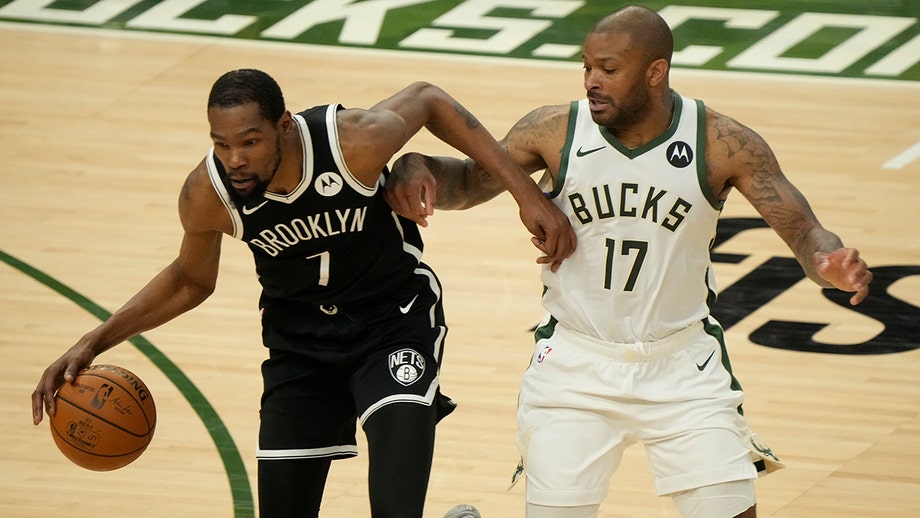 Though the series is tied, the Milwaukee Bucks are way ahead in the health category.First they lost James Harden, then Kyrie Irving, and finally the Brooklyn Nets lost their lead in the Eastern Conference semifinals.

Though the series is tied, the Milwaukee Bucks are way ahead in the health category.Down to Kevin Durant as their lone healthy superstar, the Nets limp home to host Game 5 on Tuesday, a team that once piled up points with ease suddenly struggling to cobble together much offense at all.

The Nets were bitten by the injury bug all season, with long absences for Durant and Harden in the second half. Their three stars played together only eight times in the regular season and they may not have another chance until October.

Patrick Mahomes shares conversation with Ben Roethlisberger in likely farewell: ‘He did it the right way’

Cowboys, 49ers fans rush AT&T Stadium, fall over each other before playoff game