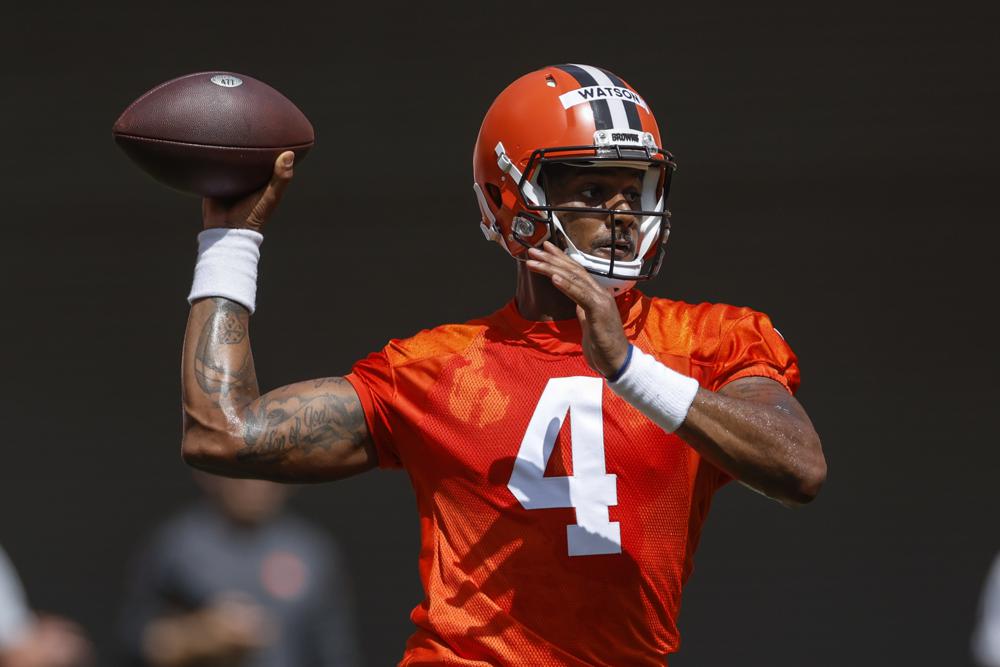 The NFL and Deshaun Watson’s legal team presented their arguments before a disciplinary officer for a second day Wednesday, with both sides holding firm as the hearing is scheduled to continue in Delaware on Thursday.

The league is insisting on an indefinite suspension and Watson’s side is arguing there’s no basis for a punishment that significant, two people in attendance told The Associated Press. Both people spoke on condition of anonymity because the hearing isn’t public.

Former U.S. District Judge Sue Robinson, who was jointly appointed by the league and the NFL Players’ Association, is tasked with determining whether Watson violated the NFL’s personal conduct policy and whether to impose discipline.

If either the union or league appeals Robinson’s decision, NFL Commissioner Roger Goodell or his designee “will issue a written decision that will constitute full, final and complete disposition of the dispute,” per terms of Article 46 in the collective bargaining agreement.