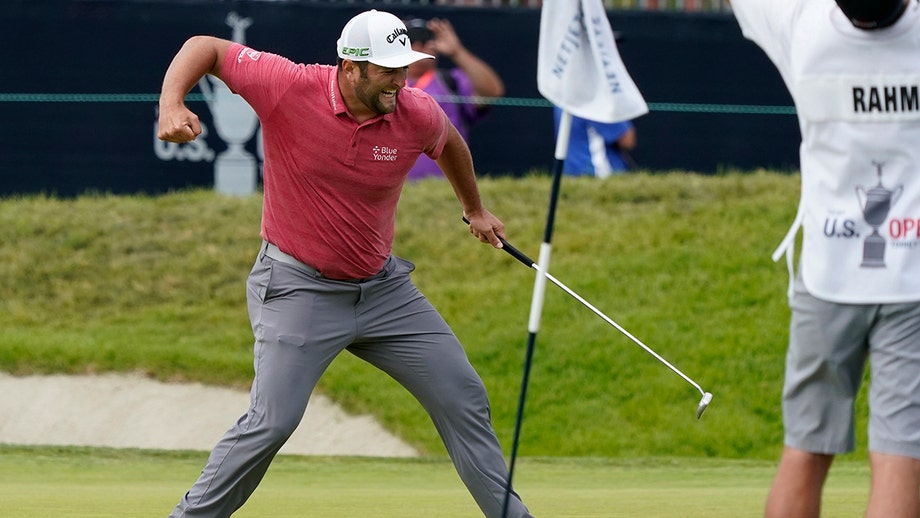 Rahm became the first Spaniard to win the U.S. Open.Three weeks ago, Jon Rahm tested positive for COVID-19 after his third round at the Memorial with a six-shot lead and was forced to pull out of the tournament. Fast-forward to Sunday, the Spaniard was clutch down the stretch and came from behind to capture the U.S. Open title at Torrey Pines.

The win was Rahm’s first major title. He also became the first Spaniard to win the U.S. Open.Rahm held his 3-month-old son, Kepa, as he walked off the 18th green on Father’s Day.”Little man, you have no idea what this means right now,” Rahm said to his son on the practice range when he won. “You will soon enough.”

Rahm took control when he birdied the final two holes to shoot a 4-under 67 to hold off Louis Oosthuizen by one stroke. Rahm was trailing Oosthuizen by one shot before teeing off at the 17th hole, but he tied for the lead when he nailed a 25-foot birdie on the par-4.