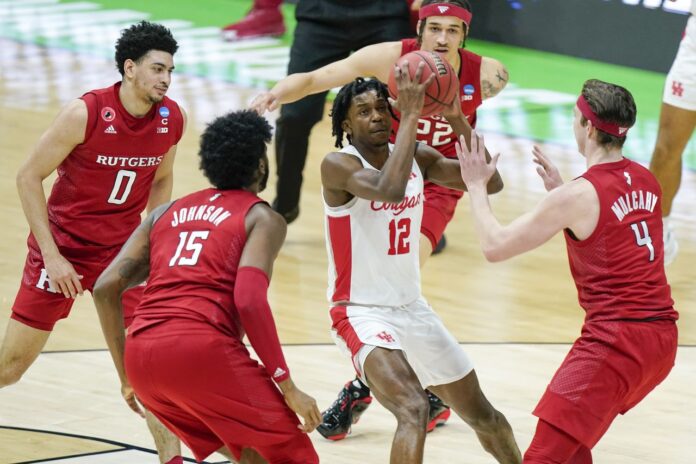 The Syracuse men’s basketball team will face one of the country’s best offensive rebounding teams in the Sweet 16 of the NCAA tournament.

Houston, the No. 2 seed in the Midwest Region, advanced to the Sweet 16 with a 63-60 win over No. 10 Rutgers on Sunday night. No. 11 Syracuse advanced earlier in the day with a 75-72 win over No. 3 West Virginia. The game will be played Saturday at a time to be determined.

Despite not having remarkable size, the Cougars secured nearly 40% of their missed shots over the course of the season, second in the country behind North Carolina. Houston pulled down 16 in the win over Rutgers.

The final offensive rebound of the night for Houston resulted in a putback by Tramon Mark to tie the game with 24 seconds left, with a foul shot to give the Cougars the lead. Houston secured the win by forcing a turnover, hitting two free throws and forcing a final miss.