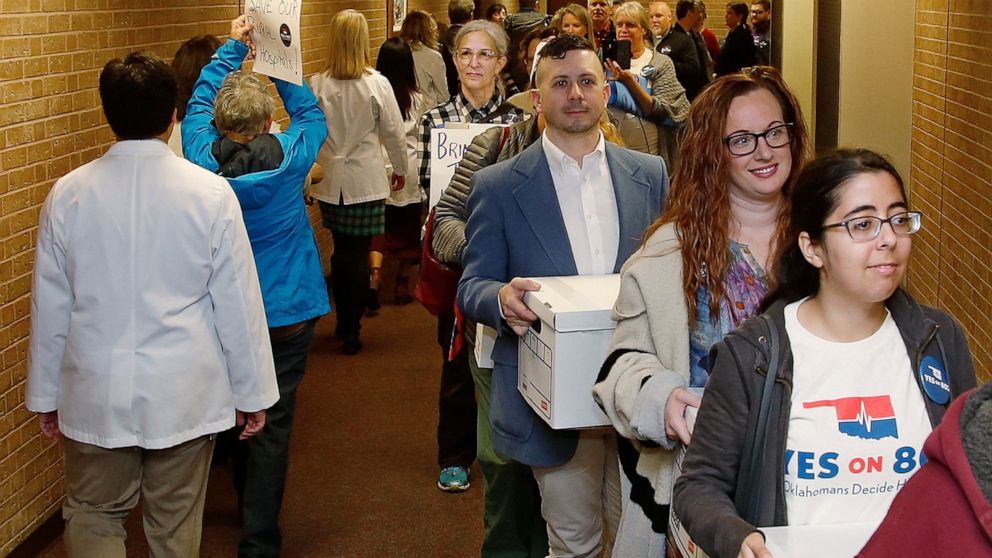 A voter-approved expansion of Medicaid took effect Thursday in Oklahoma after a decade of Republican resistance in a state that has become emblematic of the political struggle to extend the federal health insurance program in conservative strongholds.

Oklahoma moved ahead with its expansion at a time when Democrats in Washington and across the states are pressing to complete the work of the Obama-era Affordable Care Act, recently upheld by the Supreme Court for the third time in a decade. So far, 38 states and Washington, D.C., have expanded Medicaid, and expansion in a dozen mostly Southern states may be the biggest piece of unfinished business.

“Anyone banking on the idea that Obamacare was just going to be struck down — the Supreme Court has moved past that,” said Cindy Mann, who served as federal Medicaid chief during the Barack Obama administration.

“All of the states that are still debating the issue are constantly looking at other states’ experience to get a sense of what they can expect,” added Mann, now with the Manatt Health consultancy.

How ‘Medicare for All’ became a casualty of the Biden era