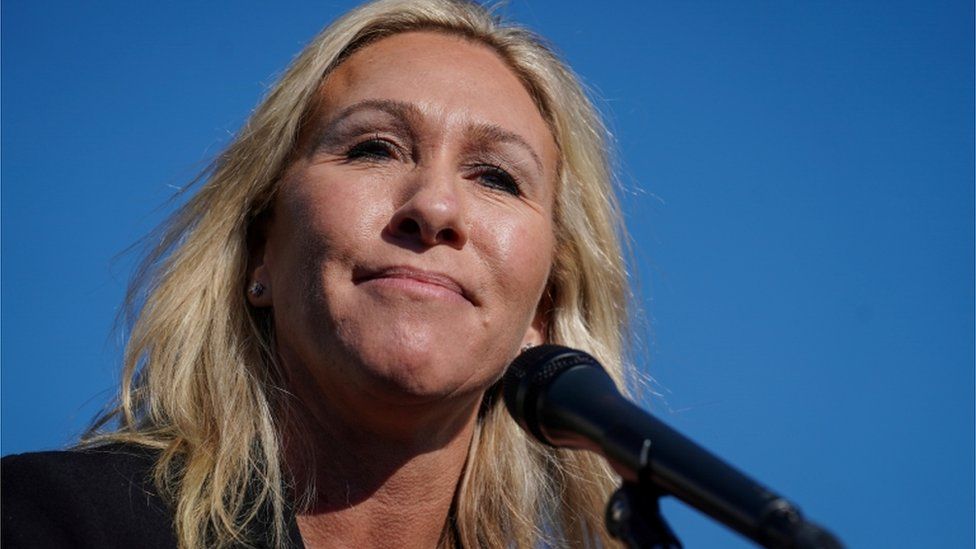 US House of Representatives Speaker Nancy Pelosi has called for an ethics inquiry into a Republican for a “verbal assault” on another lawmaker.

Ms Ocasio-Cortez later said her antagonist was the kind of person she used to throw out of bars.

Both lawmakers are lightning rods for criticism on the right and left.

According to Washington Post reporters that witnessed Wednesday’s confrontation, Mrs Greene approached AOC in the House chamber, saying “Hey Alexandria” twice, as the other woman ignored her and continued walking away.