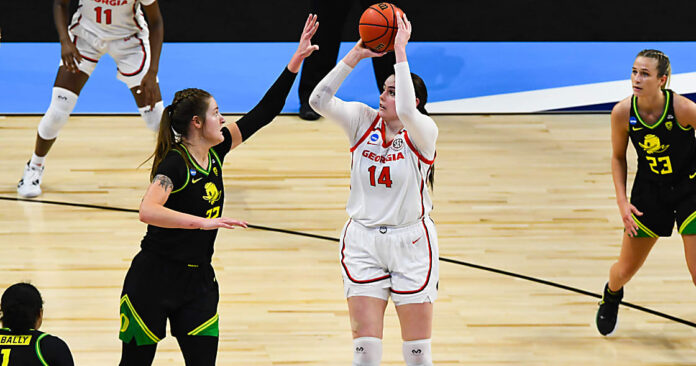 Eighty-six seconds remained and Georgia trailed by two. It mounted a comeback, and coach Joni Taylor felt confident to the point of turning toward the fans in attendance, clapping loudly and then hugging her players at mid-court to build energy as Oregon called timeout.

Georgia had the momentum in that moment. It had finished games on so many occasions this season, so it was logical to think that the Lady Bulldogs could do it again. Oregon had possession, and Sedona Prince — who led the way with 22 points at 6-foot-7 – missed a short jumper. Her teammate, Nyara Sabally, had the rebound and laid it back in.

Sabally made two more layups in a matter of 1:26. She sealed it. Georgia’s season was over.

“We put ourselves in a good position; Sabally made a play when she needed to,” Taylor said in the postgame news conference Wednesday. “They made plays. We weren’t able to get stops at crucial times of the game.”