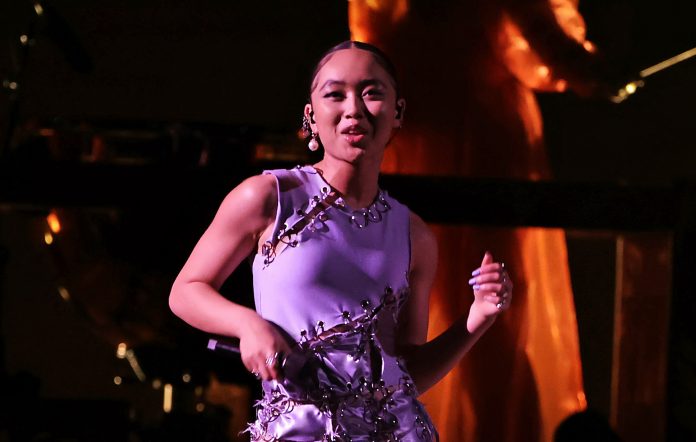 Griff brought new single ‘Black Hole’ to late-night TV in the US this week – watch her Colbert performance below.

The single is taken from the BRITs Rising Star winner‘s new mixtape ‘One Foot in Front of the Other’.

The ‘Black Hole’ performance, which was aired on Friday’s (June 18) edition of The Late Show with Stephen Colbert, saw Griff performing inside an abandoned building.

NME gave Griff’s debut mixtape ‘One Foot in Front of the Other’ a five-star review upon its release this week (June 18), calling ‘Black Hole’ “in a bombastic league of its own” and “perhaps one of 2021’s best singles thus far”.

“Griff performed the song at this year’s BRIT Awards ­– where she took home the trophy for Rising Star – and it was a standout moment of the bash,” the review added. “If the masterful performance tipped Griff as Britain’s next great pop star, then ‘One Foot in Front of the Other’ cements the accolade – Griff has got the golden touch right now.”