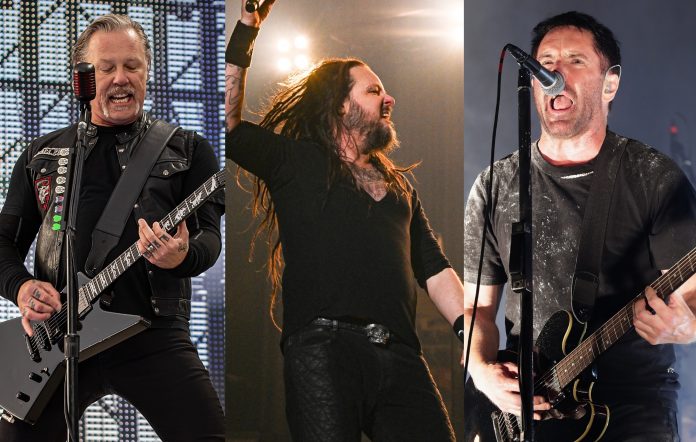 The lineup for the 2021 instalment of Kentucky’s Louder Than Life Festival has been announced, boasting a plethora of big-name rock and metal acts.

Held in the city of Louisville over four days, this year’s bill is led by headliners Nine Inch Nails, Korn, Jane’s Addiction, Judas Priest, Rise Against, Staind, Cypress Hill, Machine Gun Kelly, Snoop Dogg and Mudvayne, who have been on hiatus since 2010. Heavy metal icons Metallica will also be performing two different sets across two separate nights of the festival.

Speaking of the event’s return in a press statement, promoter Danny Wimmer said “DWP (Danny Wimmer Presents) has always considered Louisville home, so to be able to bring America’s Biggest Rock Festival back in 2021 means everything to us”.

“After a year filled with challenge after challenge, we worked incredibly hard to curate a lineup worth the wait for our fans.

Avril Lavigne praises Olivia Rodrigo: “Her songs are her truth, and you can really feel that”