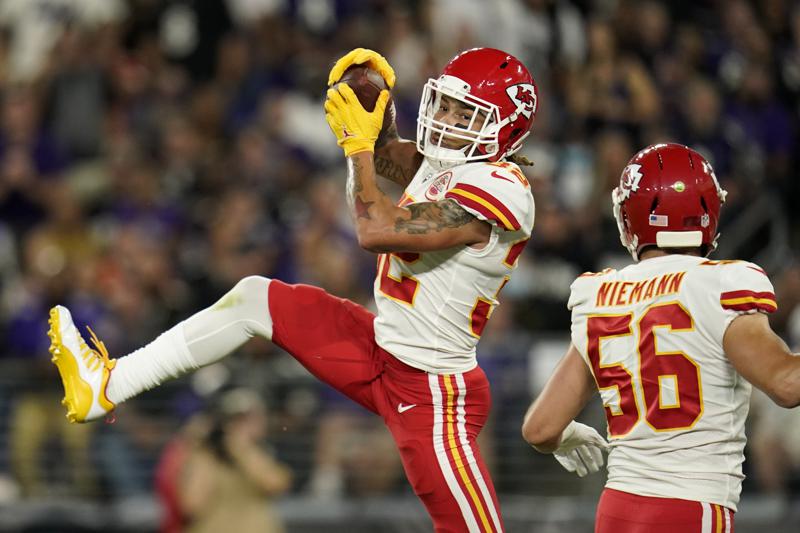 With a vault and a jump pass, and all the confidence from his coach and teammates he could ask for, Lamar Jackson finally beat Patrick Mahomes and Kansas City.

Using his legs to rush for 107 yards and scoring twice, including flipping into the end zone for the winning score, Jackson and the Baltimore Ravens defeated the Chiefs 36-35 Sunday night.

Jackson was 0-3 against the Chiefs, and he needed all of his multiple skills to break through to hand Mahomes his first loss in September after 11 victories. The matchup of NFL MVPs — Mahomes in 2018, Jackson the next year — was a wild affair from the start.

And the Ravens needed a fumble by Clyde Edwards-Helaire as Kansas City was marching into field goal range to clinch it.

With Jackson leading the Ravens’ 251 yards rushing and throwing for 239 and a score, Baltimore ensured that all four AFC North teams would have 1-1 records. Kansas City, which allowed 481 yards and gained 405, also is 1-1 in the rugged AFC West.