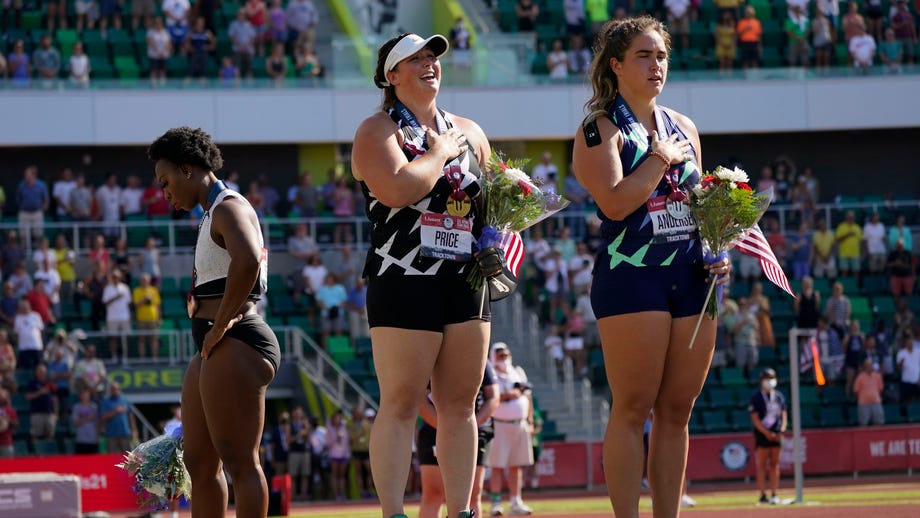 Activist Gwen Berry was standing on the podium after receiving her bronze medal in the hammer throw when she turned to face the stands, not the flag

Olympic hammer thrower Gwen Berry says she was “set-up” after the National Anthem began playing during her medal ceremony in the U.S. Olympic track and field trials on Saturday at which time she turned her back to the flag before eventually covering her face with a shirt.

Berry, 31, earned her spot on the Olympic team for a second time with a bronze medal performance over the weekend but much of the attention was on her protest of the National Anthem.”I feel like it was a set-up, and they did it on purpose,” Berry said of the timing of the anthem. “I was pissed, to be honest.”

Gold and silver medalists DeAnna Price and Brooke Andersen faced the flag with their right hands over the heart while Berry faced away and toward the stands. She eventually picked up a black T-shirt with the words “Activist Athlete” printed on the front and draped it over her head.