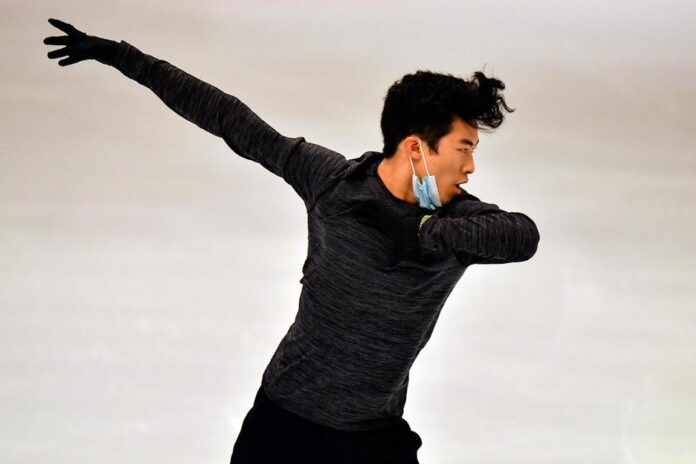 And there couldn’t be a better time than in a pre-Olympic season.

U.S. skaters have a strong chance of exceeding that total in Stockholm this week, maybe even with a possible women’s medal considering the improvement by two-time national champ Bradie Tennell and some uncertainty about the normally dominant Russians. The last U.S. medal in women’s competition was Ashley Wagner’s silver in 2016.

“As most skating fans know, the ladies event is all about the talent of Russia and Japan,” says Johnny Weir, a three-time U.S. champion and now NBC’s analyst, along with 1998 Olympics winner Tara Lipinski. “The most important thing for Bradie Tennell and Karen Chen to do is to finish as high as possible so Team USA might get three spots at the Olympics next February. Both U.S. ladies are impeccable in so many ways: Bradie Tennell has brilliant consistency and poise under pressure, where Karen skates with such beauty and flow. But challenging for the podium will be tough.”

Entertainment theheadlinestoday - October 25, 2021
0
Melissa and Joe Gorga couldn't be more thrilled for Teresa Giudice's engagement to now-fiancé Luis "Louie" Ruelas. While chatting with PEOPLE at the 25th-anniversary bash for the Mohegan Sun hotel and...

Sport theheadlinestoday - October 25, 2021
0
Virginia improved to 6-2 on the season with a 48-40 win over Georgia Tech Saturday and quarterback Brennan Armstrong had another stellar performance. Heading into the...

Inflation will linger near decade highs until the second half of 2022, Janet Yellen...

Business theheadlinestoday - October 25, 2021
0
Americans hoping price surges would soon cool off will have to wait at least a few more months, Treasury Secretary Janet Yellen said Sunday in an interview with...
© 2021 The Headlines Today All Rights Reserved
MORE STORIES

Inflation will linger near decade highs until the second half of...