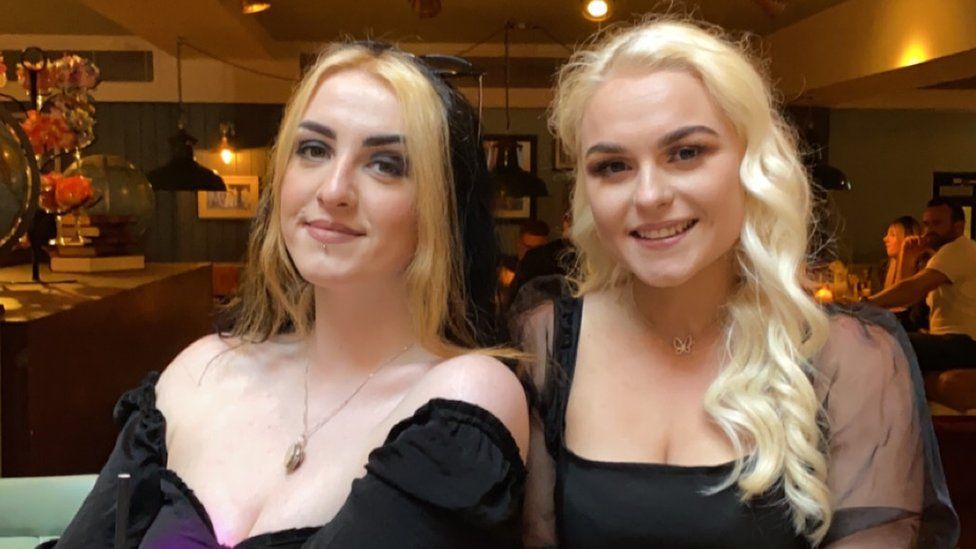 A goth in black biker boots and the “blondest person you’ve ever seen” who loves the colour pink may seem like an unlikely pairing on paper. It was even strange, at first, for Amber Scott, 22, and Cat McKenna, 21.

But the two young women from Ballymena, in County Antrim, had a lot in common. They both had neuroendocrine cancer, a rare form of the disease. After being introduced by a nurse, the unlikely friendship has helped them get through some of their toughest days.

“When we talked, the first thing Amber said to me is: ‘I am really blonde, I’m the blondest person you’ve ever seen, I’m impossible to miss’,” said Cat, who was diagnosed with cancer aged 20.

“And I said: ‘Well, I’m a big goth – and I’m also impossible to miss’.” The pair met at a coffee shop, after a suggestion by their nurse from Teenage Cancer Trust, Kerrie. Amber admitted they “were sat there like the odd pair”.

“I was wearing something feminine and pink and she was in black head to toe with black hair and these big biker boots and I was like, ‘I hope I don’t see anyone I know’,” she said.