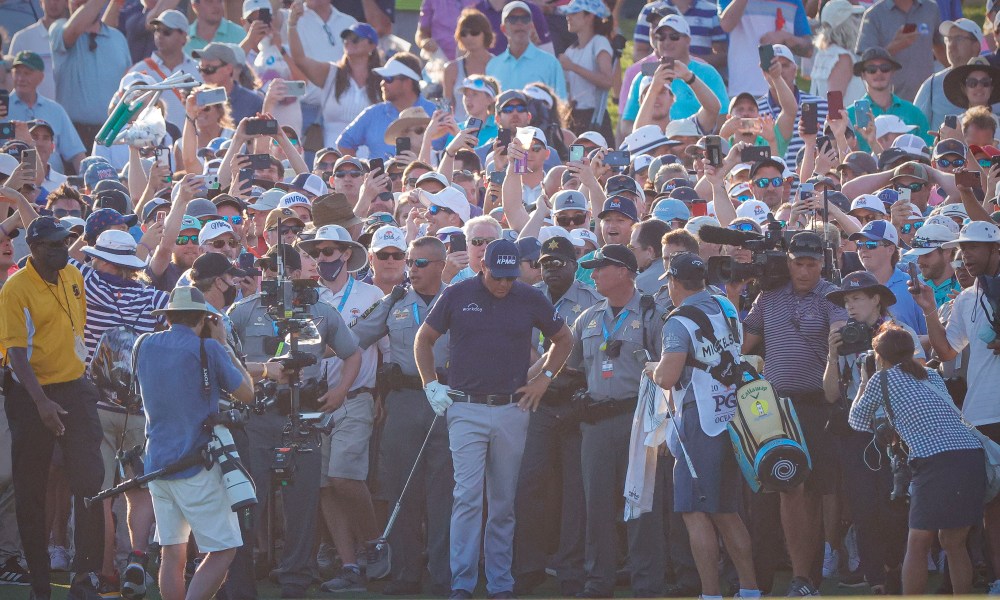 The scene was chaotic, energetic, emotional but also a little too close for comfort, especially for the two golfers in the final group.

As Phil Mickelson was walking up the 18th hole on Sunday, putting the finishing touches on an historic PGA Championship victory, it was pure bedlam behind him, as fans stormed the fairway, maneuvering for position, snapping cell phone photos and generally enjoying getting a little carried away.

Security at Kiawah Island’s Ocean Course was simply overwhelmed by the moment.

Many simply got too close and one spectator even grabbed Mickelson by the shoulders. When asked on Twitter about that incident.

“I’ve never had something like that,” Mickelson said at his post-round media session. “It was a little bit unnerving but it was exceptionally awesome, too.”

As for runner-up Brooks Koepka, he managed to break through the crowd after being bumped in the knee a few times and seeing his caddie, Ricky Elliott, getting “drilled” in the face.

Sport theheadlinestoday - June 16, 2021
0
Kevin Durant has nothing more to prove, no validation necessary to show he belongs at the top of the NBA mountain, no asterisks and no...

Music theheadlinestoday - June 16, 2021
0
Youth Music Monterey delivers its last concert of the COVID season in a farewell virtual flourish, both on YouTube and live-streamed at Hidden Valley...