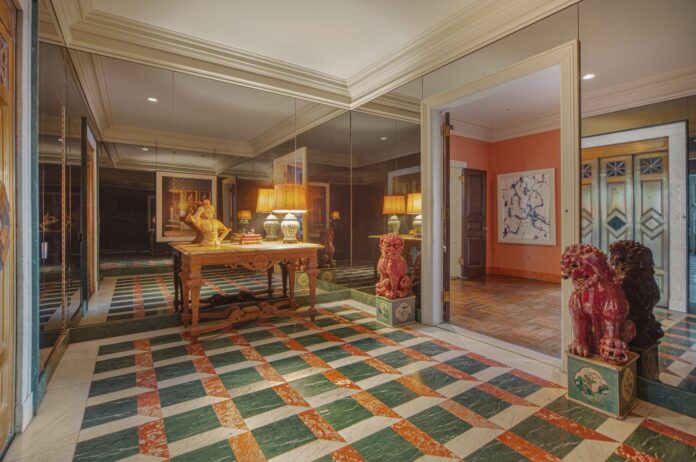 The estate of Herbert Kasper is selling his Upper East Side co-op, which he had filled with museum-quality artwork. The asking price is $10 million.

The grand Manhattan apartment that the fashion designer Herbert Kasper called home for more than four decades and filled with an expansive collection of museum-quality artwork and furnishings is being sold by his estate.

Kasper, as he was known, died in March 2020 at age 93 after a long career in the fashion industry. The Kasper brand, now part of Premier Brands Group Holdings, produces affordable women’s sportswear and dresses.

The sprawling co-op residence on the sixth floor of 32 East 64th Street, a.k.a. the Verona, has an asking price of $10 million, according to the listing broker, Meredyth Hull Smith of Sotheby’s International Realty, with monthly maintenance of $14,267.

Kasper bought the Upper East Side apartment in 1979 from the combined estates of Mary Cushing Fosburgh, a socialite and philanthropist, and her husband, James Whitney Fosburgh, a painter and art collector, paying around $400,000. He kept the prewar layout largely intact, though he renovated the kitchen and bathrooms and restored many of the original architectural features, including the moldings and fireplace mantels. Read more

Iconix to go private via deal with Lancer Capital

I’m making a fashion statement without being fashionable

Sport theheadlinestoday - June 13, 2021
0
The Texas Rangers thought it was quite appropriate to end their epic road losing streak with one of their most impressive victories of the...

Health theheadlinestoday - June 13, 2021
0
The Montclair Health Department is partnering with the Montclair business district leaders to offer COVID-19 vaccinations to business owners and employees. The Johnson and...
© 2021 The Headlines Today All Rights Reserved
MORE STORIES