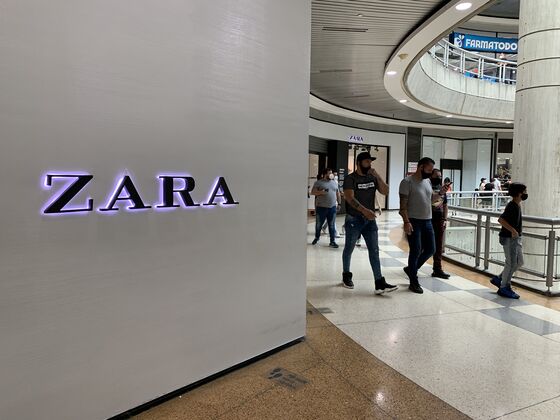 The franchise operator of Zara and two other popular apparel chains will close all of its stores in Venezuela in the next few weeks.

Zara, along with Pull&Bear and Bershka, are owned by Spain’s Inditex SA and have been operating as franchises in Venezuela since 2007. The franchise is managed by Panamanian-based company Phoenix World Trade, run by Camilo Ibrahim.

The three retail brands have already gradually shut down outlets in Caracas malls, with some displaying new logos and names followed by the words “coming soon.”

“Phonex WT is re-evaluating the commercial presence of its franchised brands Zara, Bershka and Pull & Bear in Venezuela to make it coherent with the new digital integration and transformation model announced by Inditex,” Operations Direct Andres Brant said in an email statement.

“Meanwhile, the five stores that remain open under the previous model will cease to operate in the next few weeks.”Inditex franchises in Aruba and the Dominican Republic, which is also run by Phoenix, will continue to stay open, Brandt added.