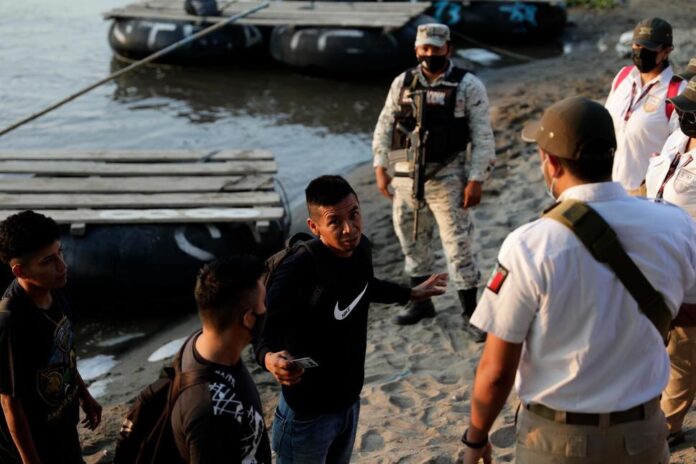 The talks come as a surge of migrants has hit the U.S. southern border. The trip to Mexico will include Roberta Jacobson, the White House’s lead adviser on the border, and Juan González, the National Security Council’s senior director for the Western Hemisphere.

The White House said Jacobson, a former U.S. Ambassador to Mexico, will go there Monday “to engage with Mexican government officials to develop an effective and humane plan of action to manage migration.”

Roberto Velasco, Mexico’s director for North American affairs, said the talks will focus on the two countries “joint efforts for secure, safe and regulated migration,” and plans to provide economic development in southern Mexico and Central America so people won’t come under pressure to migrate.

The White House said Gonzalez will then go on to Guatemala, to “meet with Guatemalan government officials, as well as representatives from civil society and non-government organizations to address root causes of migration in the region and build a more hopeful future in the region.”

Also among the U.S. officials is Ricardo Zúñiga, who was named Monday as Special Envoy for the Northern Triangle, which includes El Salvador, Guatemala, and Honduras — three of the countries sending the most migrants to the United States.

Entertainment theheadlinestoday - January 20, 2022
0
The lights may be dim at the Eccles Theater and Park City’s Main Street will have fewer cinephiles packing the snowy sidewalks when the...

Politics theheadlinestoday - January 20, 2022
0
wo Supreme Court justices say a media report that they were at odds over the wearing of masks in court during the recent surge...

Business theheadlinestoday - January 20, 2022
0
Some flights to and from the U.S. were canceled on Wednesday even after AT&T and Verizon scaled back the rollout of high-speed wireless service...
© 2021 The Headlines Today All Rights Reserved
MORE STORIES