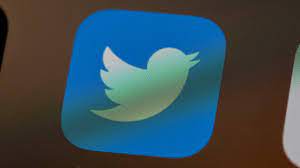 Big tech bosses from Facebook, Google and Twitter in the US are giving testimony to Congress today (March 25) in a hearing entitled, “Disinformation Nation: Social Media’s Role in Promoting Extremism and Misinformation.”

According to the memorandum issued by Chairman Frank Pallone Jr on Monday (March 22), the hearing aims to investigate “The role of social media platforms in promoting misinformation and extremist content”.

“Facebook, Google, and Twitter operate some of the largest and most influential online social media platforms reaching billions of users across the globe,” reads the document. “As a result, they are among the largest platforms for the dissemination of misinformation and extremist content.”

Ahead of today’s session, US music organizations including the Nashville Songwriters Association International (NSAI), National Music Publishers’ Association (NMPA), Recording Academy, the Recording Industry Association of America (RIAA) and others have issued a joint letter to Congress hammering Twitter for its “failure to meet the most basic standards of responsible moderation with respect to other illegal activity – specifically, the rampant theft of creative works on its platform”.

The letter continues: “Hopefully, this hearing and your ongoing oversight of technology platforms like Twitter will provide an opportunity for Jack Dorsey to explain why anyone should believe the company’s claims about online mis- and dis-information in light of its long track record of broken promises, indifference, and outright extortion when it comes to artists and music creators.”

Prince Jackson Opens Up About ‘Close’ Relationship with His Siblings: ‘They Complement Me’

Moe’s Music will play on at new Virginia Beach location

Tributes paid to producer Chucky Thompson, who has died: “This one hurts so bad”

Entertainment theheadlinestoday - January 20, 2022
0
The lights may be dim at the Eccles Theater and Park City’s Main Street will have fewer cinephiles packing the snowy sidewalks when the...

Politics theheadlinestoday - January 20, 2022
0
wo Supreme Court justices say a media report that they were at odds over the wearing of masks in court during the recent surge...

Business theheadlinestoday - January 20, 2022
0
Some flights to and from the U.S. were canceled on Wednesday even after AT&T and Verizon scaled back the rollout of high-speed wireless service...
© 2021 The Headlines Today All Rights Reserved
MORE STORIES