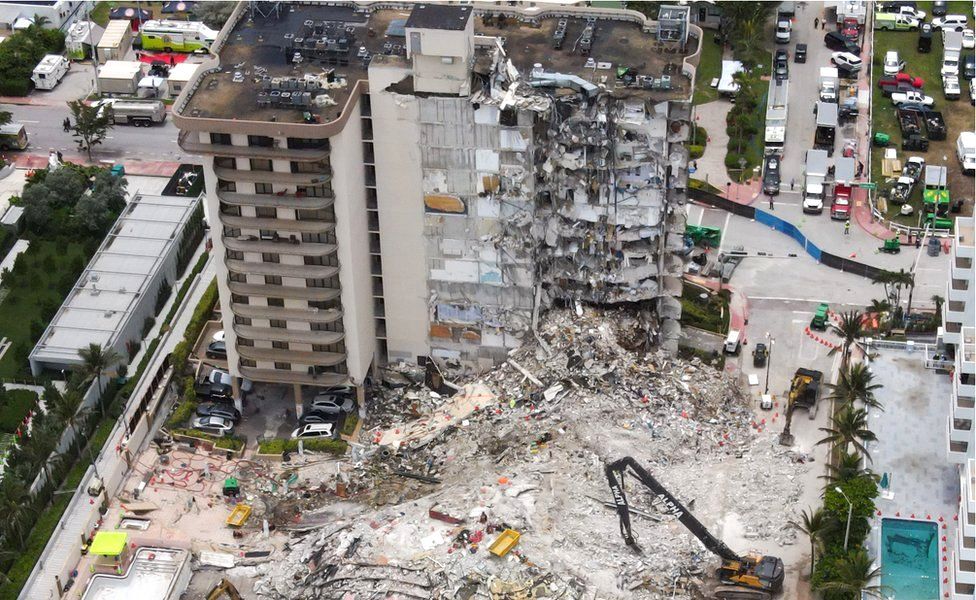 The remaining section of a partially collapsed apartment block near Miami has been demolished over safety fears as a tropical storm approaches Florida.

On Sunday night, explosive charges were used to bring down the last standing part of Champlain Towers South, which had been evacuated.

On 24 June, part of the block suddenly collapsed. Twenty-four people are known to have died and 121 are still missing.

Crews resumed the search for victims within a few hours of the demolition.

They are now hoping to be able to get into the apartment block’s underground garage, which they could not access safely before, and get a clearer picture of any voids that may exist in the rubble.

No survivors have been pulled from the rubble at the site in Surfside since the first few hours after the structure’s collapse.The demolition operation was brought forward after concerns were raised over the approaching Tropical Storm Elsa, which could reach Florida on Tuesday.