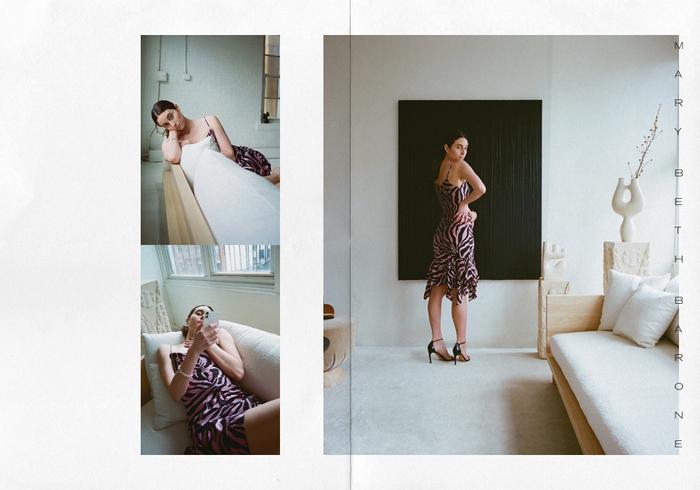 Mary Beth Barone is out here doing the good work. After years navigating the New York City dating scene and racking up countless horror stories, she set out on a mission: to rid men and women of their fuckboy tendencies. She swears by her six-step treatment program. Barone outlines her rehabilitation process in Drag His Ass, the comedy show she created in 2019. The concept was an instant hit. Women came out in droves to see Barone’s showcase, which included guest comedians trading relatable dating stories, multiple segments, and hilarious fuckboy trivia. It was so successful (like “selling out venues nationwide” successful) that Comedy Central partnered with the 29-year-old to turn the show into a web series, which premiered earlier this month. Each bite-size episode finds Barone tackling a different toxic habit—such as ghosting, serial dating, and cheating—while dishing out expert advice with her signature dry wit.

If she isn’t already, Barone should definitely be on your radar. I’m not just saying this because she is the deadpan darling of NYC’s comedy scene with a serious Ashley and Mary-Kate Olsen obsession. I am saying it because she is also curating some of the best laugh-out-loud content out there. There’s the aforementioned Drag His Ass and corresponding meme-filled Instagram account, the podcast Obsessed she co-hosts with fellow comedian and internet personality Benito Skinner (aka BennyDrama)—it’s their pop culture take on everything from true-crime makeup to the Kardashian legacy—and a top-secret project she has in the works with Emma Roberts, which, after hearing the pitch off the record, I can attest is going to be incredible. Barone has been busy in quarantine, and we’re reaping the benefits.

‘Sopranos’ star Michael Imperioli pays emotional tribute to James Gandolfini on what would have...

Entertainment theheadlinestoday - September 20, 2021
0
James Gandolfini's friend and co-star Michael Imperioli posted a touching tribute to the late actor on what would have been his 60th birthday. Born...

World theheadlinestoday - September 20, 2021
0
The Speaker of the House of Commons says TV shows can help counter hate as he welcomed foreign dignitaries to the Coronation Street studios. Sir...