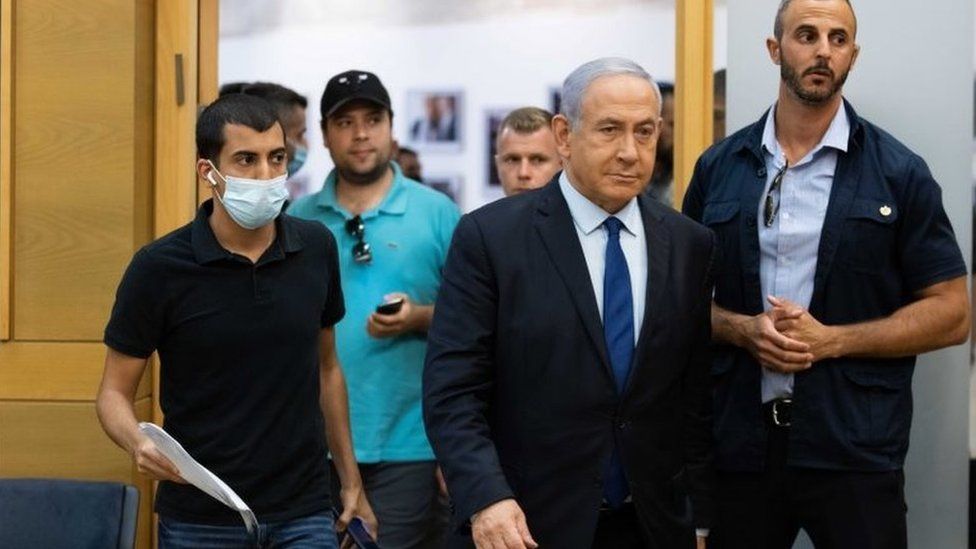 Israel’s parliament is expected to approve the formation of a new government later on Sunday, ending 12 years of rule by PM Benjamin Netanyahu.

The prospective government – an unprecedented coalition of parties – has a razor-thin majority of one seat.

It would also end more than two years of political paralysis in which three elections resulted in stalemate.

Right-wing nationalist Naftali Bennett is poised to become PM in a power-sharing deal with a centrist leader.

Under the coalition agreement, Mr Bennett, who heads the Yamina party, will hold office until September 2023, when he will hand over to Yair Lapid, leader of Yesh Atid, for a further two years.

Mr Netanyahu – Israel’s longest-serving leader, who has dominated its political landscape for years – would remain head of the right-wing Likud party and become leader of the opposition.

He has railed against the likely new government, calling it a “dangerous coalition of fraud and surrender” and has vowed to “overthrow it very quickly”.

Long Island county legislature votes to allow first responders to sue protesters and sets civil fines of up to $50,000