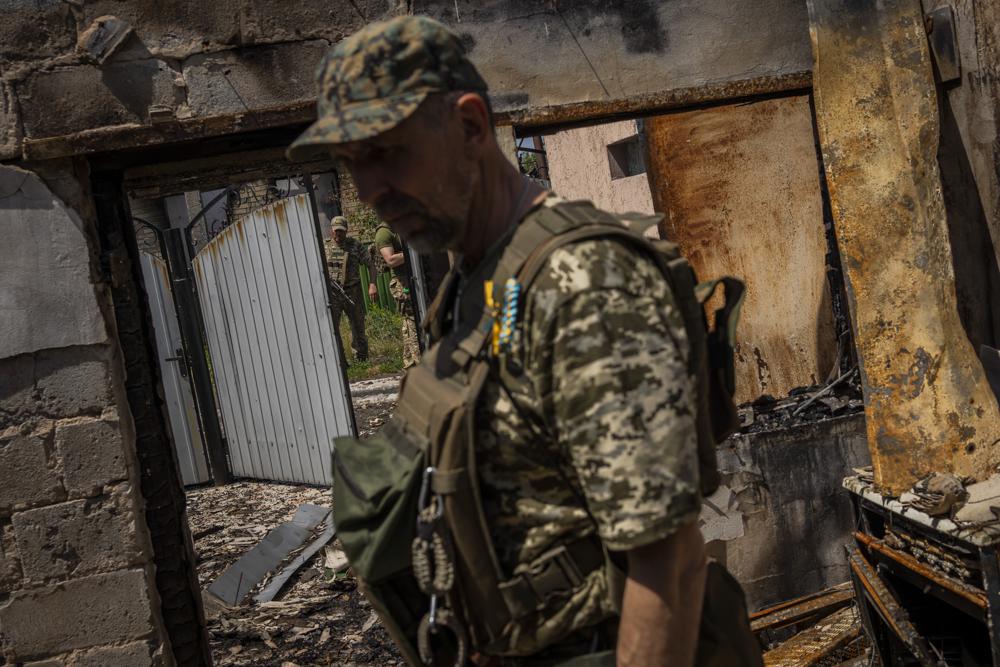 Holed up in a bombed-out house in eastern Ukraine, Ukrainian troops keep a careful accounting of their ammunition, using a door as a sort of ledger. Scrawled in chalk on the door are figures for mortar shells, smoke shells, shrapnel shells, flares.

Despite the heavy influx of weapons from the West, Ukrainian forces are outgunned by the Russians in the battle for the eastern Donbas region, where the fighting is largely being carried out by way of artillery exchanges.

While the Russians can keep up heavy, continuous fire for hours at a time, the defenders can’t match the enemy in either weapons or ammunition and must use their ammo more judiciously.

At the outpost in eastern Ukraine, dozens and dozens of mortar shells are stacked up. But the troops’ commander, Mykhailo Strebizh, who goes by the nom de guerre Gaiduk, lamented that if his fighters were to come under an intense artillery barrage, their cache would, at best, amount to only about four hours’ worth of return fire.